Farandi are six musicians from five countries brought together by a love of Nordic folk music. Hailing from Denmark, Finland, the UK, Sweden and Belgium, they explore the potential of their respective traditions, from the elementary to contemporary, from the minimal to symphonic. Described as a “transparent ocean orchestra” (Olof Misgeld), this multinational ensemble combines accordion, flute, bagpipes and a beating heart of three nyckelharpas at its core.

From the language of Old Norse, “Farandi” translates to English as “travelling” or “wandering”. The name reveals the band’s origin – a two year journey they completed together across 4 countries since 2017. The group consists of flautist Mette Qvist-Jensen from Northern Jutland, bearers of the Upland tradition of nyckelharpa Petrus Dillner and Einar Zethelius, Belgian bagpiper Marieke Van Ransbeeck, Cornish accordionist Tommie Black-Roff, and the Finnish fiddler and nyckelharpa player Saana Kujala. Individually they are known from numerous other projects such as Trio Törn, TEYR, HRD and Tagelfar.

Farandi join forces to draw lines between distant folk cousins across northern Europe. Collectively they believe in folk music that unites people – musicians, listeners and dancers. To this end Farandi are dedicated to crossing borders to share their “amazing sound” (Emilia Amper).

More info from their Facebook-event 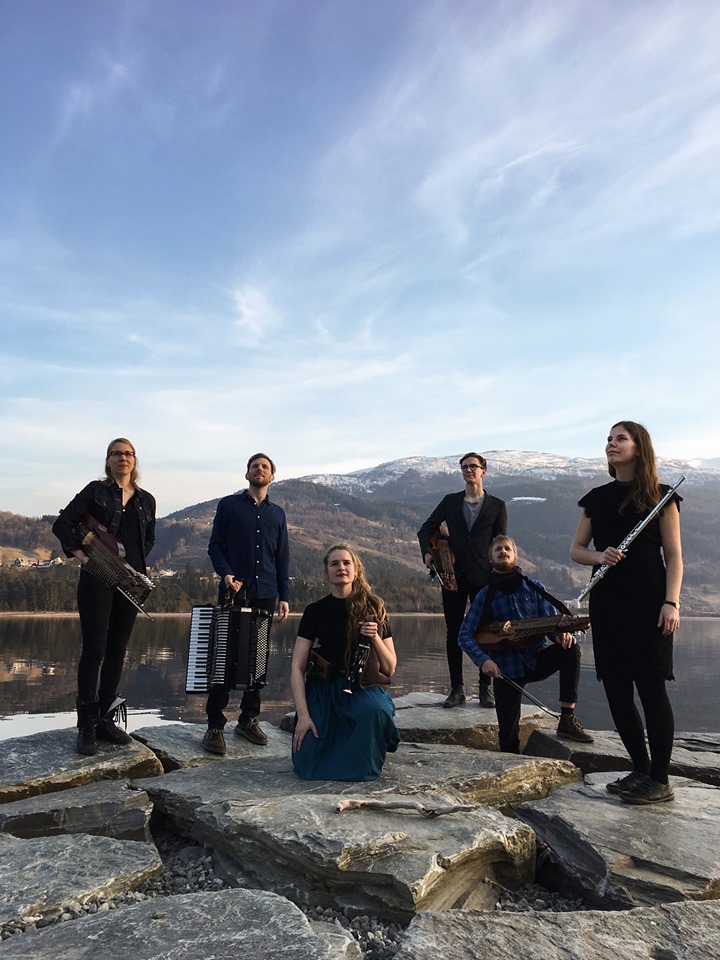